Chinese Americans are the fastest growing minority group in the United States. Their cultural belief of filial obligation–the sense of responsibility to respect and care for aging parents–is the most predominant cultural value relating to their caregiving experience. In a recent study published in the Journal of the American Geriatrics Society, we examined the influence of having a strong sense of filial obligation on Chinese-American caregivers’ caregiving burdens and how adapting to Western culture affects their experience.

Based on survey data from 393 Chinese adult immigrants in Chicago who were primary caregivers of parents aged 60 years or older, we found that adhering to the traditional family norm of filial obligation had a protective effect on Chinese immigrants’ developmental, emotional, social, and physical caregiving burdens. For these caregivers who are confronted with different family norms, the sense of filial obligation may represent the ethnic identity and traditional values that many of them strive to maintain. Embracing this traditional norm may thus provide these immigrants with a clear expectation and sense of acceptance about their caregiving responsibilities. It may also sustain them with psychological endurance that is needed in daily tasks of caregiving.

In addition, we found that such a protective effect seems to be particularly salient among immigrants who have lower levels of acculturation, indicated by low English proficiency or lack of social engagement in the host society. However, among immigrant caregivers with higher levels of acculturation, holding a strong sense of filial piety was actually associated with more objective burdens relating to time and physical burden.

Photo by LS d’Avalonia on Unsplash 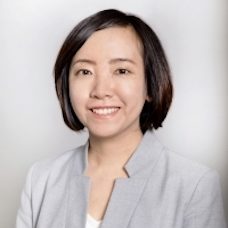 Dr. Guo is a bilingual and bicultural researcher with training and experience working with Chinese older population both in China and Untied States. Her recent work addresses the intersection between immigration and aging, examining family dynamics and later life well-being among immigrant populations n the United States. These work has covered a broad range of topics on acculturation, involving family norms, coping, resilience, and a variety of health/mental health outcomes.